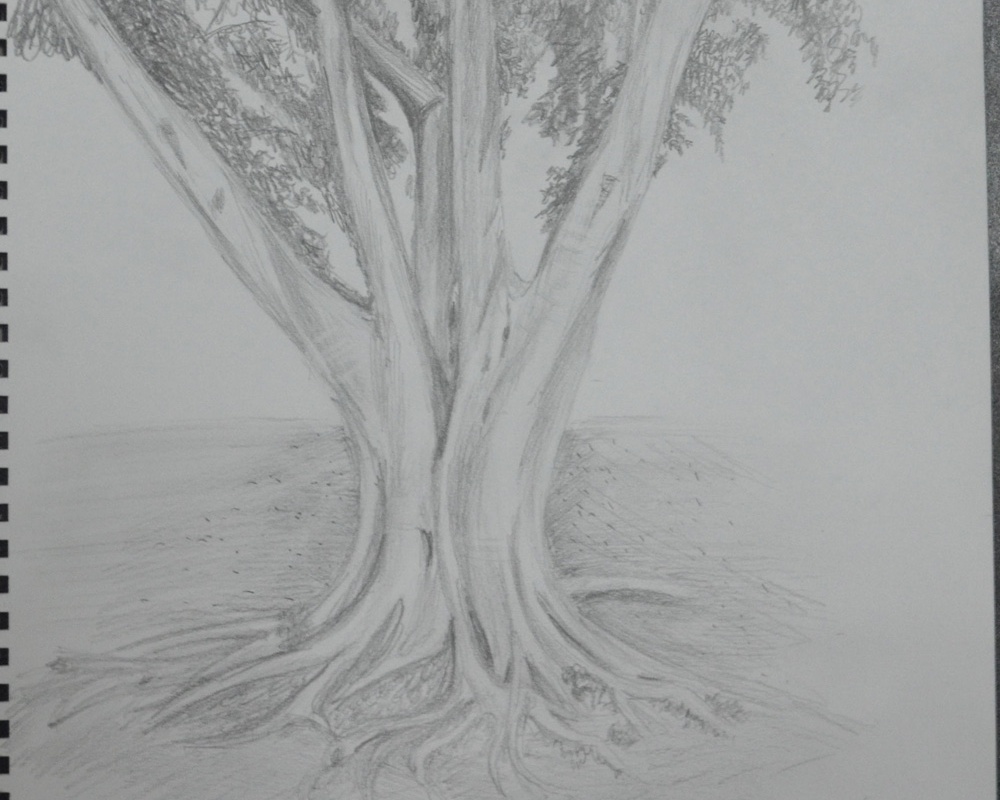 For this exercise I headed out to Suan Rot Fai Park again, railway park, where I did most of my work for Landscape Drawing. There was a eucalyptus tree there that really interested me due to it’s amazing rainbow colours. However, on the way there the traffic was so bad due to yellow shirt roadblocks in that area that we jumped out of the tuk tuk and decided to walk the rest of the way which was about a kilometre. To get to Suan Rot Fai we had to walk through another park, Chatuchak park which is just past the famous JJ weekend market and that was when the magic happened.

There were hundreds of people in the park and most of those were yellow shirt protesters who were using Chatuchak park as a campsite and using the public toilets there as temporary showers. Anyway to get to Suan Rot Fai I had to walk around the whole inside of the park and in doing so I came across a section of the park called, trees in literature (translated from Thai), which was basically a collection of trees from fairy tale movies.

The first tree that took my eye looked like two alien hands coming together and I just had to put pencil to paper. I split my sketchbook page in half and did two preliminary drawings at that size one of the trunk and one of the roots.

Both drawings were in 6B but with the paper being almost toothless looked just the same as 3B or 4B, I thought it was the Mars Lumograph pencils that left less lead on the paper until the next exercise.

The next drawing was on a full page of the whole tree, or most of the tree including roots, bark and foliage and like the brief said I built up on the two previous preliminary sketches and the tree was really starting to come alive, reminding me of a bio art tattoo especially the roots and where the twin trunks meet. I didn’t think I could improve on it but my next drawing proved me wrong.

There were details the tree was missing, things that we see all the time in tree but never give a thought to, stretch marks! I only started to notice them on the last drawing  so I managed to depict these stretch mark lines pointing a putty rubber and dragging it across the widest part of the trunk and branches.

I have been drawing trees throughout this module or at least leaves and branches of them and there has been so much green that I haven’t enjoyed drawing them at all until now and I was really looking forward to the next having already chosen my next subject.